When designing this sugar bowl, Peter Ibruegger Studio gets its inspiration from the Belgian surrealist painter Magritte and his bowler hat paintings. As a pair, the hats also remind the cheeky Belgian characters Thomson and Thompson (in French, Dupond et Dupont), loyal Tintin’s friends.

Charming as an object by itself, the Sugar Bowl Thompson Black can also store biscuits or pastries.

Hand made with fine bone china in Stoke on Trent, England. 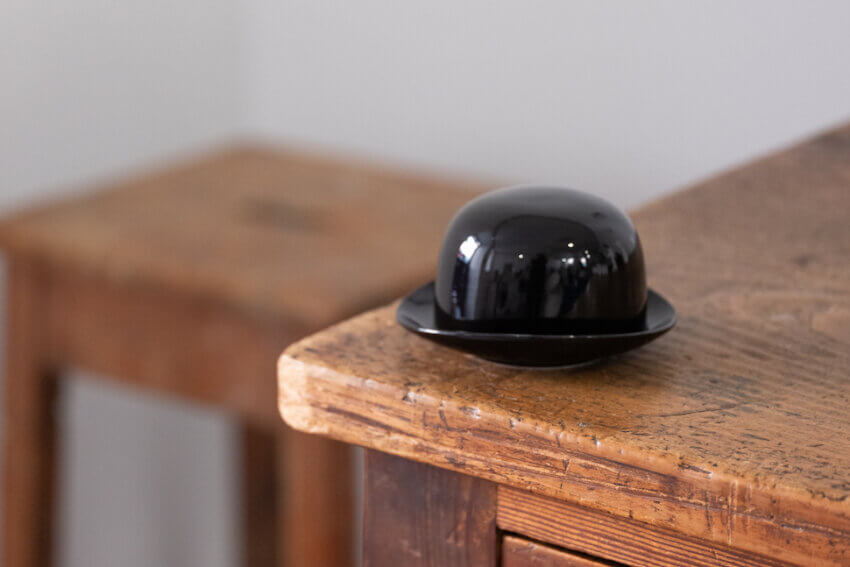 Peter Ibruegger is an artist, inspired by his German-Chinese background. Peter has spent most of his life working in East London, a place known for its ethnic diversity and at the forefront of cultural innovation.

Both this environment and his heritage have shaped Ibruegger’s love for timeless ancient symbols and contemporary design.

As part of his commitment to long-established crafts, he has been working with local manufacturers in Stoke-on-Trent, at the heart of the British pottery industry, which has been threatened with extinction by a flood of cheaper, mass-produced imports.

Peter Ibruegger launched in 2009 the Original Moustache Mug, which quicly became an unexpected sucess in the whole world. The mug reflects both meticulous craftsmanship and the artist’s creative and original design.

Be the first to review “Thompson Sugar Bowl” Cancel reply