These Miffy’s coloring crayons are perfect for giving colors to your most beautiful drawings. No hard pressure is needed, just one good stroke of a pen!

These wax crayons feature Miffy’s head on the tip.

Ideal for exercising fine motor skills and promoting the creativity of little artists. 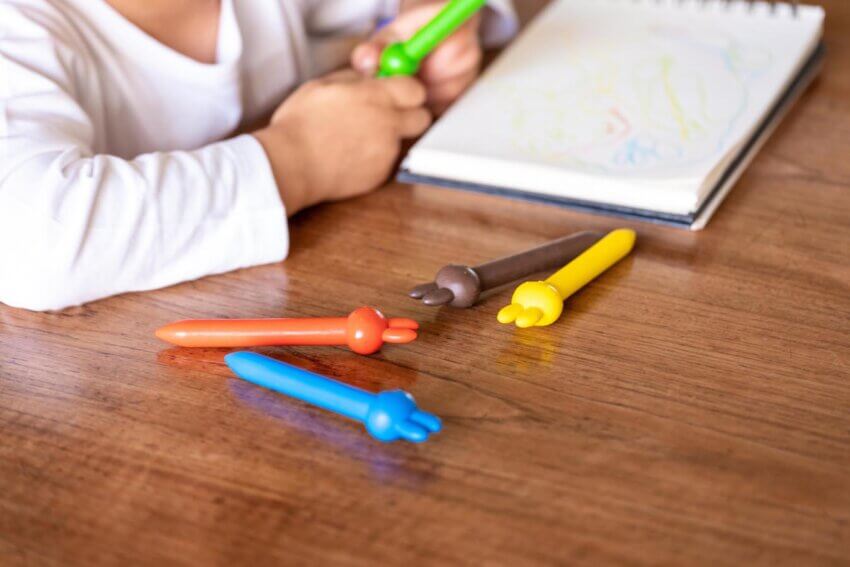 Born in 1927 in Utrecht, Dick Bruna gained international praise during his 60-year career.

Writer, illustrator, and designer, Dick wrote and illustrated no fewer than 124 picture books and designed many posters and book covers for the Black Bear pocket editions.

Miffy is probably the most popular character he created.

Dick Bruna cared about the world and supported numerous worthy causes thanks to the power of his illustrations.

Dick Bruna retired in 2011 and passed away in 2017 at the age of 89, leaving his designs on the walls of children’s wards of several hospitals and in notable publications, including books for children undergoing neurological treatment and impaired children hearing.

Don’t you remember? Miffy is this cute little bunny character, born in the Netherlands and appealing to children worldwide. Miffy is always positive, uncomplicated, and in search of new adventures! Her sincerity introduces a sense of safety to many children who easily identify with her.

Often referred to as “the father of Miffy”, Dick Bruna started referring to himself as “the grandfather of Miffy” in 2007, after turning 80. Miffy was first drawn in 1955, inspired by a little, white bunny, hero of the bedtime stories Dick Bruna used to tell his eldest son.

Miffy celebrated her 65th anniversary in 2020, and today Mercis bv manages and protects Dick Bruna’s illustrations and work, in accordance with his guiding principles: encouraging children to value their own identity and develop their unique perspective of the world and imagination. Miffy and her friends help children express themselves in their own way.

Mercis bv monitors the product’s quality through rigorous safety tests. Each toy is made with child-friendly materials and must enhance play while not eliciting any violence: no aggression, reliable quality, timelessness, and no controversy.

Be the first to review “5 Coloring Crayons” Cancel reply